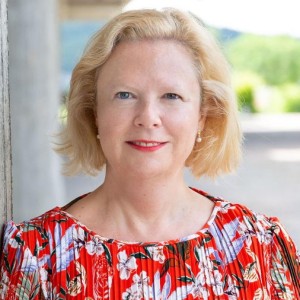 (click below to view the video or read on if you’d prefer!)

For many, December is synonymous with Christmas. For others, Hanukkah is the highlight of the last month of the year. But, in the office, for millions around the world, December is the month of performance evaluations. For this reason, I am dedicating this last article of 2015 to discussing the

While many team leaders forget to say ‘thank you’, what many really struggle with is appropriately addressing under-performance. If you’ve just gone “hmmm” then you know what I mean: how uncomfortable the prospect of such a conversation makes you. Well, let me suggest to you that you are not alone: those folks who under-perform typically know that they are not doing well and they too feel dreadful. So how about putting an end to both your and their misery and finding the words to finally tell them what’s gone wrong?

So let me offer the TELL™ model, a 4-step process to assist you with preparing for and then having that delicate conversation around under-performance which does not end – just – in tears.

TELL™ has four steps as follows:

That opening statement is crucial and I encourage you to both write it down and then rehearse it. I t should be no longer than one minute. Being concise will ensure your words land with impact. Being specific is another requirement: mention facts rather than opinions. Even if a report is deemed of poor quality (an opinion), your feedback should cover the factors which make for its poor quality.

Another fundamental tip: own your comments. Even if you the line manager did not directly witness the under-performance, you need to convey

your agreement with the feedback you received lest you dilute your credibility. Don’t use the passive voice or “they said” but rather: “I understand that you a gave a poor presentation to the Credit Committee because your figures were incorrect and you had missed several key facts”.

Two final points to share here: first, deal with one issue at a time. Yes, this means you will have either a long meeting or several but that is the way to really address the issues which, together, represent the sum of an individual’s under-performance. If you like it, use TELL™ each time.

Second, it is not enough to make your point, to clearly and succinctly show the area of under-performance. You must also mention what you are looking for, what you’d like to have happen to remedy/stop the under-performance. This future focus shows you mean to be constructive.

In the second phase of a conversation around under-performance, that is to say a minute after you started speaking and a second after you conclude your opening statement, you stop talking.

You have said your piece and now it is the other person’s turn to express themselves. Thus begins a fruitful dialogue based on genuine respect for each other’s views and active listening.

Your aim here is to encourage your team member to take responsibility for their performance. It is not about blame. Similarly, denial is not an option. In fact, if denial is the reaction you get, put an end to the meeting and give the individual time to think. Be sure to organise to meet in no more than a few days.

When your team member shares their views, point out lame excuses but absolutely acknowledge legitimate concerns. By doing so, the two of you will together get to the ‘truth’ of the issue.

An area which I notice is often overlooked by managers delivering negative feedback is that around the implications of under-performance. And yet, the reason why we must tackle under-performance is precisely because it has negative consequences. So let me invite you to spend time explaining to

your team member the impact of their under-performance on themselves and others. For themselves, it is around them not fulfilling their potential at work, not being eligible for advancement, not being recompensed for their efforts – in short, them letting themselves down in a variety of ways.

As regards others, it is about the under-performing team member not pulling their weight fairly relative to their fellow team members, them contributing to a negative image of the team, them allowing the firm to miss on some of its commitments and therefore damaging that reputation too. Just like motivation hinges on giving people a sense of being part of something bigger than themselves, making folks accountable for their under-performance means showing them the damage their behaviour is causing around them.

‘L’ again is for ‘Look forward’

phase. To fix, you need to know what you broke. So, in the fourth and last stage of a conversation around under-performance, it is time to look at ways to close the gap in performance: to plan how to move from the current situation of under-performance to an improved one of adequate performance. I have observed that some line managers tend to rush to that phase: those well-meaning folks move quickly to offering solutions in order to support their team member remedy their under-performance. The issue though here is that, by not letting their team members adequately take responsibility for their under-performance, they risk encouraging dependence: team members who turn to ‘mommy manager’ for succour at every turn. As managers, we want a team composed of responsible adults not overgrown children.

So let your team member think through for themselves how they’d like to tackle their under-performance. Let them explore remediation options, let them ask for training, let them figure out what support they might need. That way, they feel better about themselves, about being in control of their world at work and you don’t take on the pressure of coming up with all the right answers and solving the world’s ails.

There you have it: a simple but I am hoping helpful and powerful process so you stop dreading talking about under-performance and instead tackle it in a timely and constructive manner.

Please do share! Let me invite you to be in touch: to email me, just click here.

If this article resonated with you, don’t hesitate to contact me for a chat where we would explore what is going on for you and what you would like to have happen. To contact me, click here.

If you don’t have it already, get your copy of “5 Gear Shifts to Accelerate your Career!” and learn about the five building blocks of any successful career! Get it here now!

PrevTwo Persuasion Techniques in Action
The three brains in your headNext